Thanks to a Tempe taxpayer who reads our website and wrote to us with some observations made while taking a bike ride on a Friday. 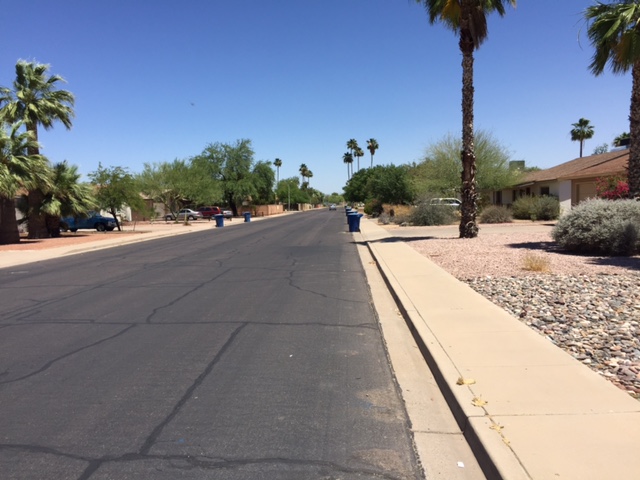 Our cyclist took pictures of Country Club Way, north of Baseline.  This is a quiet artery in a neighborhood with only homes, a park, and a closed school.  The sidewalk appears to be wide enough to be able to handle all the bike traffic, and those who want to use the street seem to have plenty of safe space.

The photo above is Country Club Way at Southern.  The story is the same–a quiet neighborhood, no bikers, an easy ride. 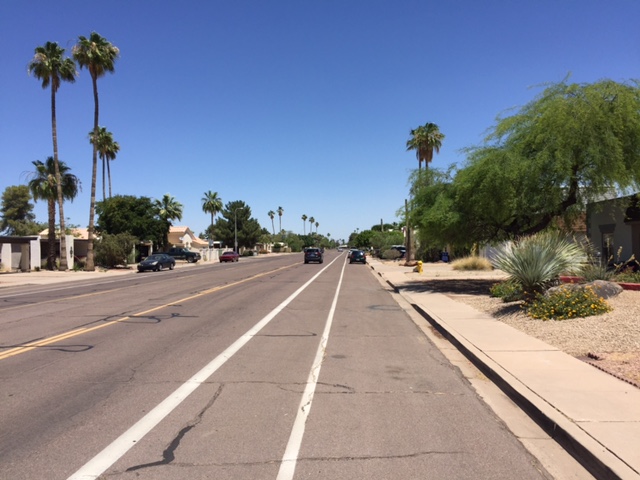 Country Club Way north of Southern already has bike lanes; no need to spend any “free” taxpayer dollars on this stretch. 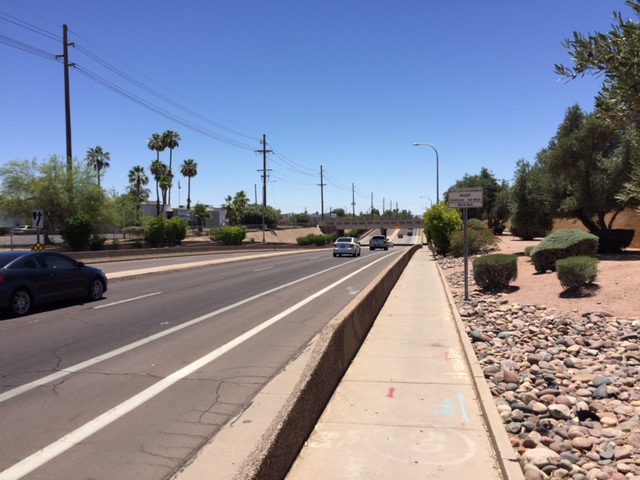 Here is McClintock north of Broadway.  No bikers in the bike lane.  But see below, our resident biker found another bike rider on McClintock: 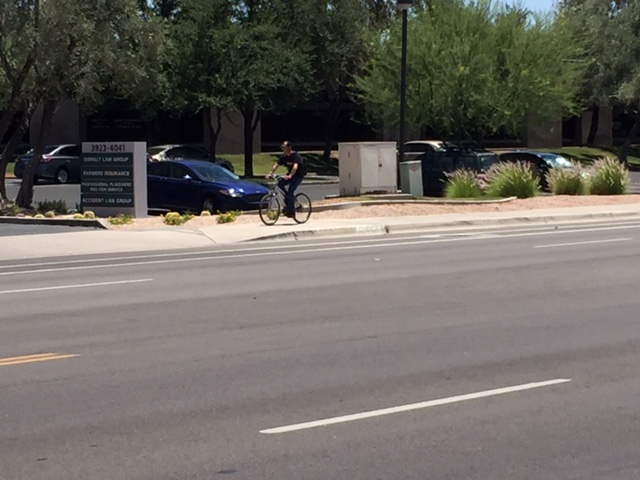 Ooops, he is using the sidewalk.  He may not want to risk his life in the dangerous and confusing McClintock bike lanes, even though Councilwoman Lauren Kuby tells us they are safe. 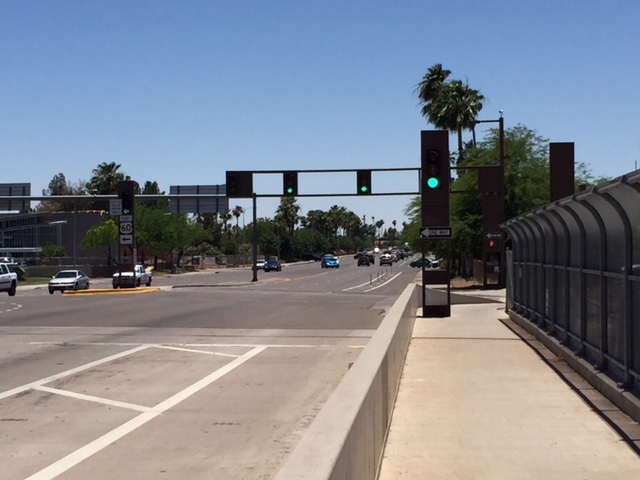 Drivers exiting the 60 at McClintock are faced with a dilemma.  Do they turn into the right lane that appears to be for cars but is really for bikes?  Or do they make a wide-right, which is illegal?  A driver’s gut tells them to go to the right curb lane, but if they do they will hit these candlesticks (which is better than hitting a biker, if you can find one): 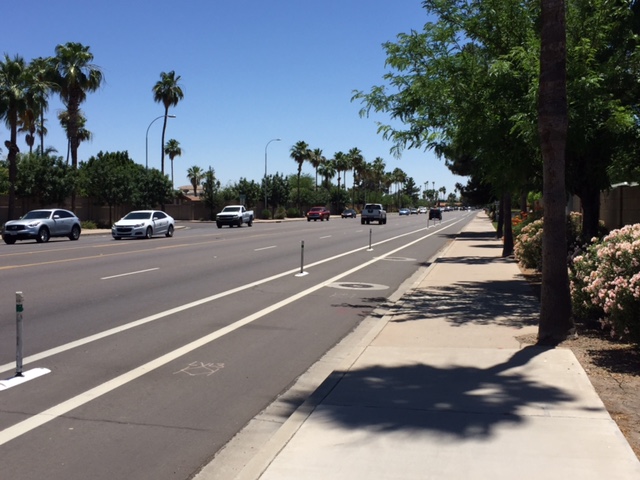 Thanks to the taxpaying citizens of Tempe who ride bikes and send us photos.  We are glad to report the truth about the underused, dangerous, and overpriced Tempe Bike Lanes.  If anybody sees Councilwoman Kuby riding in the McClintock bike lanes, send us a picture!